Road deaths in developing countries projected to nearly double by 2030

WHO estimates that the number of deaths globally will reach nearly 2m a year by 2030, up from 1.3m now, according to estimates and projections I prepared for the Global Status Report on Road Safety 2013 with the Violence and Injury Prevention Department (http://www.who.int/violence_injury_prevention/road_safety_status/2013/en/index.html). 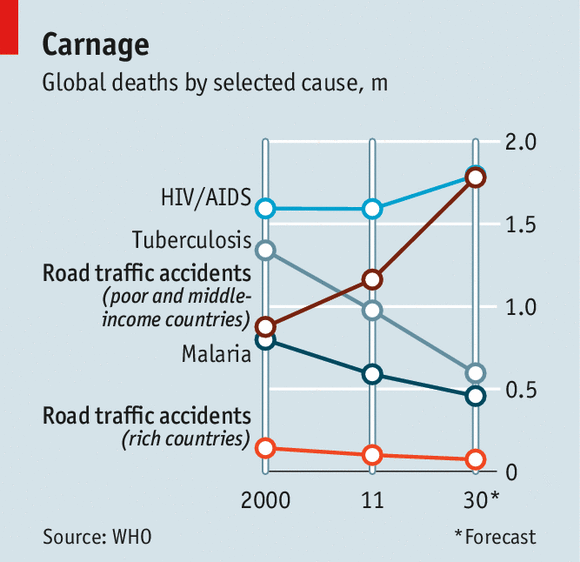 Rich countries are making roads safer and cutting casualties to rates not seen for decades, despite higher car use. Poor and middle-income ones will see crashes match HIV/AIDS as a cause of death by 2030. In the very poorest, deaths are projected almost to triple. The Economist wrote a nice story on this in a recent issue: