worldometers.info now also reports coronavirus cases and deaths as rates per million population. I’ve done some updated plots for confirmed case rates, reported death rates, and apparent case fatality rates (CFR). The latter are calculated simply as reported deaths per 100 confirmed cases using numbers on worldometers.info at 13.11 GMT on March 24. This may overestimate CFR for countries testing few people, or only people with symptoms (as in Switzerland), or may underestimate it when most cases are recent and deaths for those cases have not yet occurred. 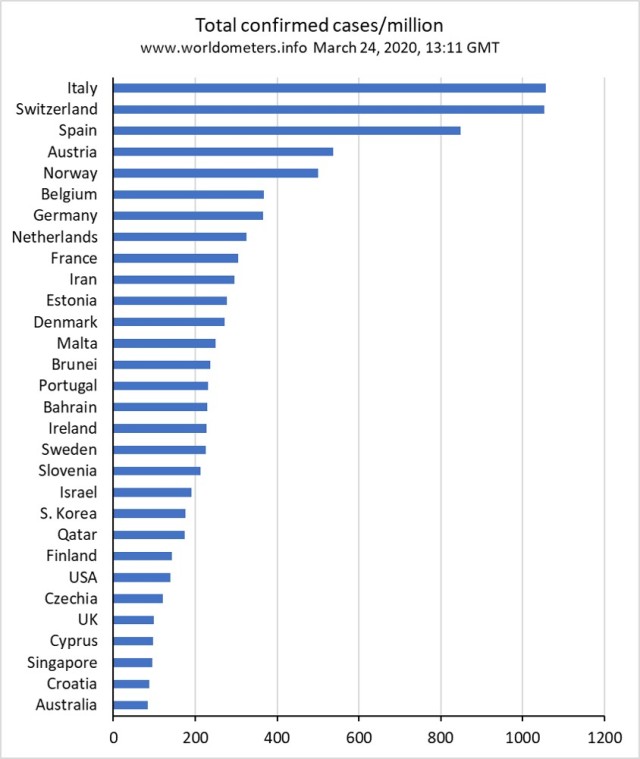 The first graph shows leading countries for cases per million population. Switzerland is in second place with almost as many confirmed cases per million as Italy. I’ve excluded small countries and territories with populations of less than one million.  Otherwise, several small populations such as Iceland, Andorra and Faeroe Islands dominate the graph with rates 2- 5 times higher than Italy. 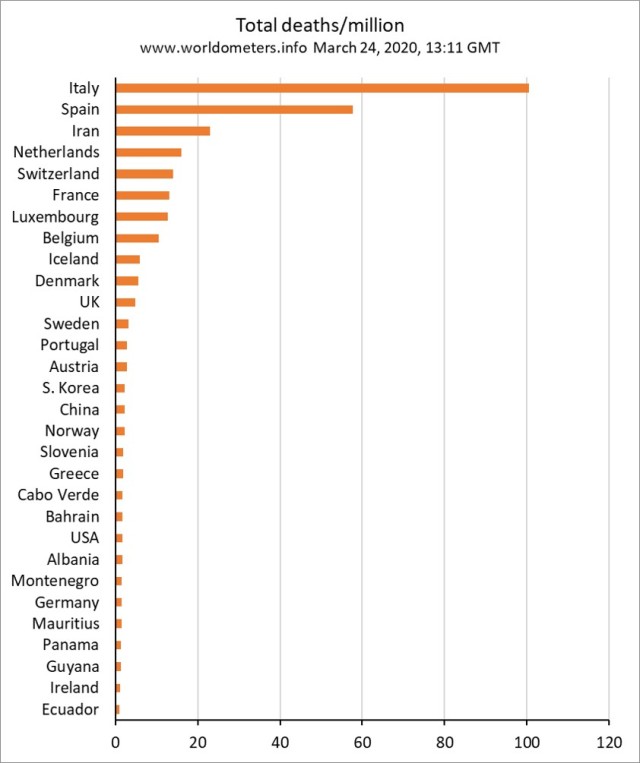 The second graph shows reported mortality per million population for the thirty leading countries. Italy and Spain have the highest rates, Switzerland is in 5th position. The third graph shows apparent case fatality rates. These may overestimate case fatality (if a lower proportion of cases are being identified through testing) or underestimate case fatality (in the early stages of the epidemic when most cases are very recent). Also, the worldometer dataset does not yet include today’s new cases and deaths for all countries. 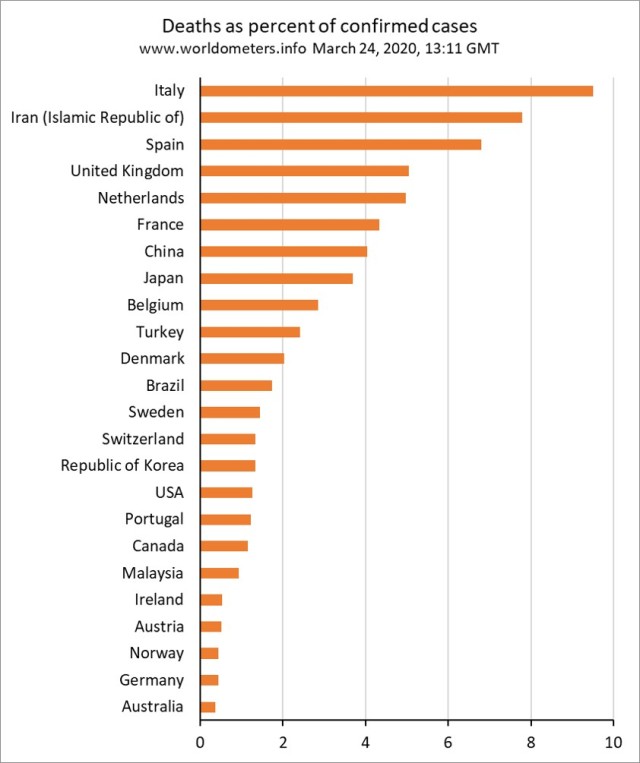 The cross-sectional comparison at one point in time does not give any sort of correct comparison of the overall final impact of the epidemics across countries, since countries are all at different points on the epidemic curve. A number of websites are tracking trends with the time axis defined in terms of time since 10th or 100th case.

Now in 9th day of social distancing here in Switzerland. Schools and all shops apart from food, pharmacies and petrol stations are closed, gatherings of more the 5 people banned. Borders are largely closed, with only cross-border workers and others with urgent reasons allowed to cross. Papers are being checked for all except health workers (who have a fast lane) and delays of hours are being encountered. Streets are eerily quiet with little traffic.