Police killings in the USA

The current protests in the USA made me curious to take a look at police killing rates compared to other countries. Wikipedia summarizes available statistics for most recent years, and I did some spot checks of the primary sources. The first graph shows a league table for high income countries with available data (this was all in the range 2017-2019). 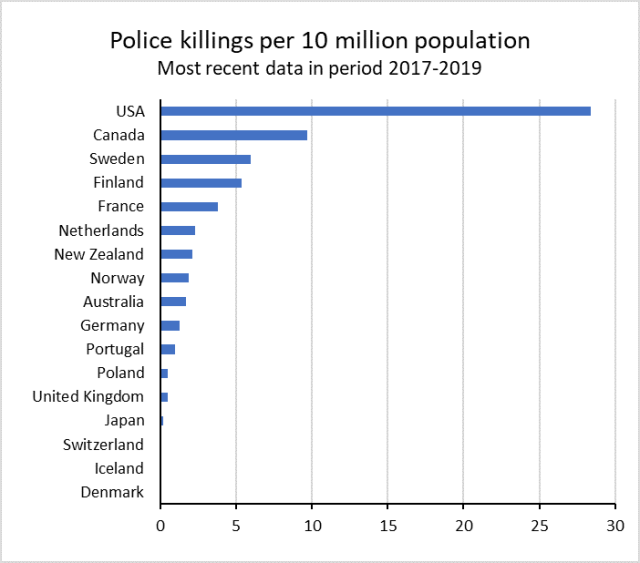 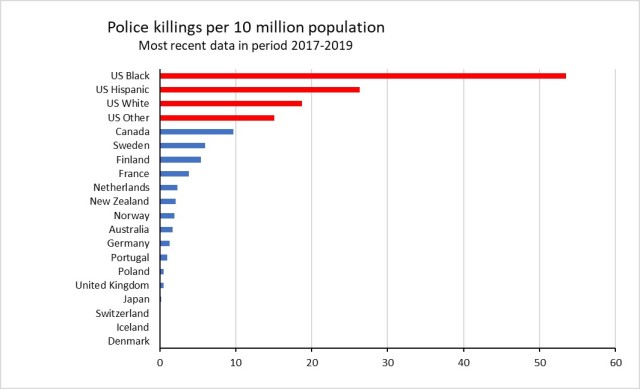 I haven’t done any systematic review of factors involved in the high US rates, but did come across an interesting article by a US Professor of Criminal Justice, which identified a number of factors that likely play key roles in the very high rates of US police killings.  These were:

The author also speculated that social and economic deprivation and injustice (and the lack of social safety nets), inadequate mental health care and intense desire to avoid harsh imprisonment may also result in higher levels of aggression in encounters by Americans with police.

1 Response to Police killings in the USA